A new adventure this summer…

Remember last August when Ron told me it was time for a trawler up north and I told him that he had to sell the sailboat first because no way were we going to “own the three boats” thing again?

Following my father’s (unexpected) death this past winter, life has felt just so short, fragile. My father had always been physically healthy, despite the dementia he suffered from during what was the final year of his life. This was a man who regularly played tennis 3 days a week into his 80’s. He skied, he sailed, he walked a brisk mile or better every day up until a year ago.

When I returned to Prairie Dog after my dad’s death, I sat down with Ron and told him that if he wants a trawler for the Great Lakes, let’s buy the damn trawler! It’s obvious that life aboard a trawler is much easier on Ron’s body (less bracing, stooping, pulling, winching) and it’s not like we HAVE to sell Thyme Hyssop & Wry, though we hate the idea of paying to store the boat.

And so, we can now announce that we found our FINAL (?) boat for our beloved Great Lakes cruising: a sweet little Eagle 32 Transpac trawler. Our upcoming summer adventure will include the Erie Canal and Trent Severn Waterway, something Ron and I have dreamed of doing for 34 years. And yes, if you know anyone interested in a great deal on a sailboat, Thyme Hyssop & Wry is still for sale, ready to view, stored inside one of the Shepler sheds at Mackinaw City. 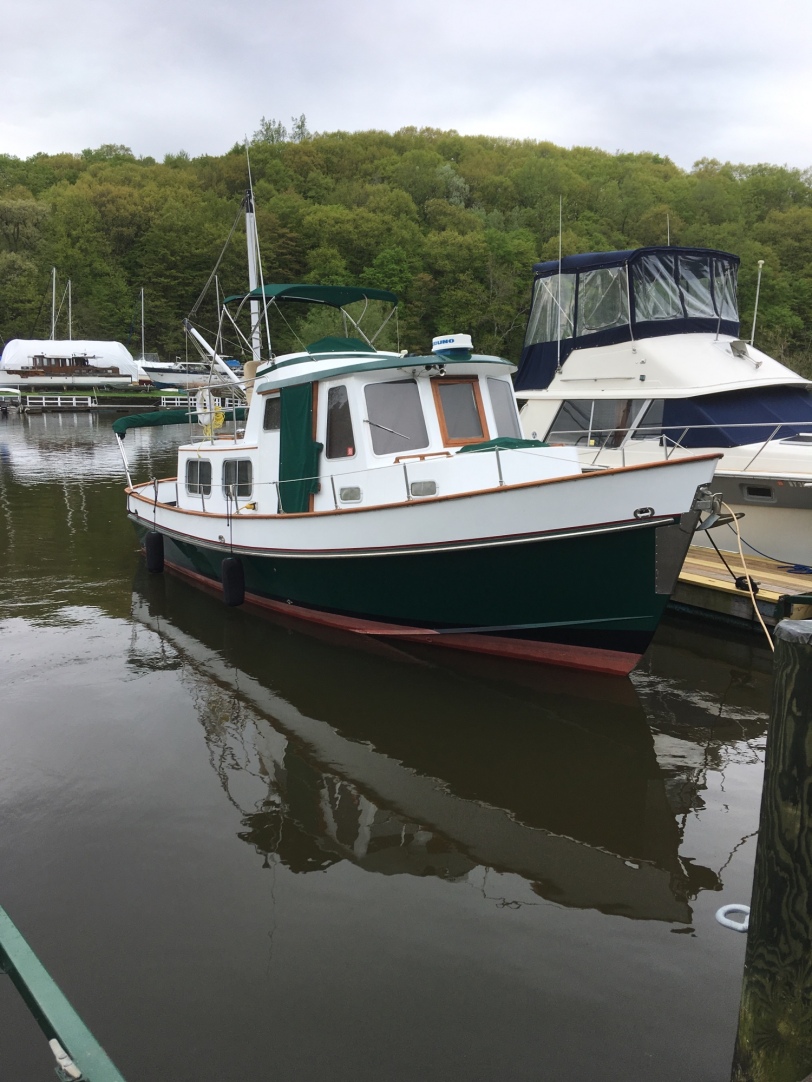 10 thoughts on “A new adventure this summer…”