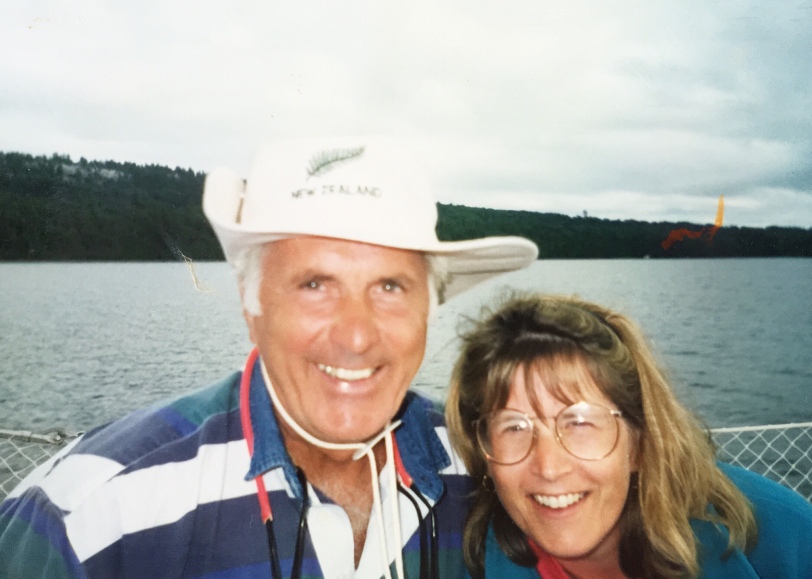 I was 12 years old when my father became interested in sailing. He loved being near or on the water, and I think sailing to the wind fed his fascination with mathematical angles. He taught me to sail as a young teen, and its hold has never let go. I married a sailor. We live on boats half the year.

My brilliant father was diagnosed with primary progressive aphasia (a frontotemporal dementia) several years ago. The disease progressed slowly until my sister’s death 2-1/2 years ago. After Amy’s death, the disease progressed at a rapid pace, and a year ago we moved him to a locked memory care unit where he would be safe. It’s been a tough year. There has been steady decline.

Last month was brutal. It was one crisis following another. I have learned much about dementia and what a “late stage of life” brain does to a body that is still physically healthy.

I flew home to help manage my father’s care and to be with my mother just ahead of what turned out to be Grand Rapids area’s 4-day winter storm. My father was transferred back to his memory care apartment (from the hospital) with hospice care. His condition was stable and I had every intention to stay hunkered down at home while the storm raged through the area. However, 24 hours later I received a call from my dad’s facility letting me know that there had been a rapid change in his condition, that they had contacted hospice. My niece and I were with him when he quietly slipped away, just quit breathing, in the early morning hours of January 31st.

I will miss my dad, but there are things worse than death. I am grateful that he is relieved of the dementia that tormented him. And I am ever so grateful for the love and respect he taught us for our waters–his legacy–that we have passed on to our children.

2 thoughts on “A father’s legacy…”